I picked up where I left off on my son’s pairs of shorts thinking that attaching the facing will be a breeze, but it didn’t turn out so. Normally, I fall back on diagrams whenever I don’t understand the instructions, but the accompanying diagram was of no help at all (below). I think the fact that it doesn’t show a proper front view added to my problem.

After several attempts, I gave up trying to understand the instruction and proceeded the best way I could, which does look somewhat like the diagram in the end 😔.

Anyway, these are my steps, and I hope they make sense. First I turned the fly to outside (right sides facing), stitched along top, and trimmed the allowance.

Then I placed the facing and fly (overlocked edge above) right sides together, with facing extending past the fly, stitched up from bottom up to the dot (below) using 5/8” seam allowance, and continued along the upper edge.

And that was that; these steps didn’t take long eventually, but they are the results of several evenings of trial and error.

This is a great pattern, I only wish the big pattern companies would be less economical with their instructions. I sewed them two at a time, i.e. stitching all sides seams, pockets, etc. on one and then the other. So I finished both at the same time.

I did adjust the crotch area though, I reduced the seam allowance to about 1/4” because it was too snug. The waist also was too big (as expected), so I inserted a piece of adjustable elastic underneath the facing and stitched it down at the seams and underneath the belt loops. It does make it look funky when it’s adjusted because there’s no waist band, but we’ll just pretend the funkiness is part of the style 🙂.

And here they are on my models.

One important thing I learnt was after joining the facing at the waist, to stitch a length of stay tape on the seaming line to avoid stretching. That’ll come in handy because I like using facings to finish the waists of my skirts instead of bands.

I’m Anthonia, a bean counter and mum, who loves to sew, knit and make other beautiful things that catch my fancy WHENEVER I can find time in my already 'no-time' schedule. View all posts by Sew Chicmum Knitz 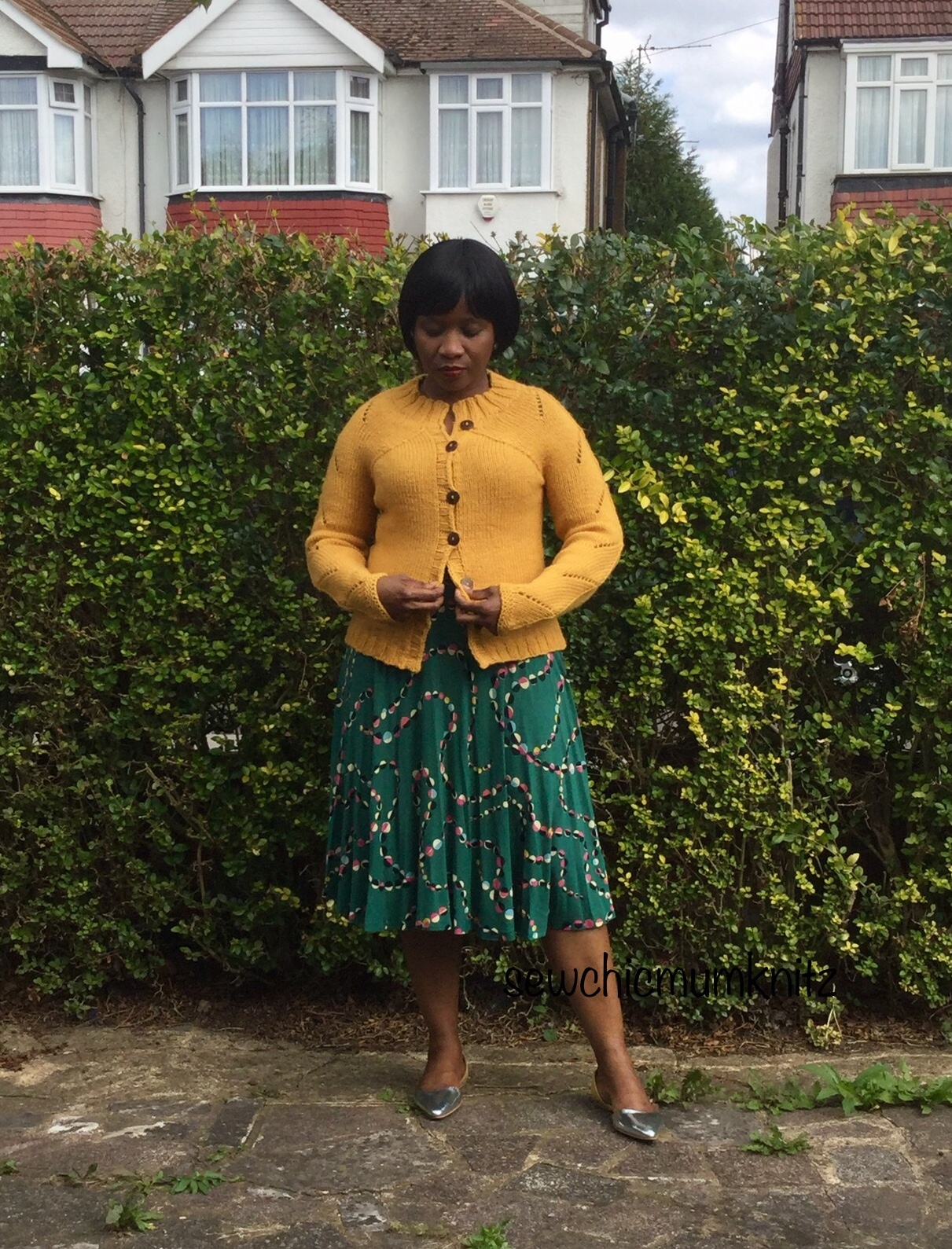 Insight into my work and inspirations

My adventures in sewing a handmade wardrobe.

Being defined by the vision of the future, instead of the memory of the past